The Infected over Wormer

Day 8/45: I've been nominated by Mice Elf (a.k.a. Uno Hoo) to post 45 record-sleeves in 45 days that are very important to me. One record a day with(out) an explanation. And best of all: don't worry because I won't nominate anybody in any way.
Anyway… with Villa Zuid being squatted and The Ex and Svätsox and De Groeten doing lots of gigs, often together, Villa Zuid started to become the place to be for bored young local kids. Apart from the local soccer-club there was not much else to do in Wormer. So these kids would skip school, come to the Villa, drink tea and listen to punk records, and saw first hand that one could just literally grab an instrument and start a band. Out of nowhere bands popped up like hot corn, and they would play gigs all over the country whereever there was some kind of punk scene. Suddenly, in this lame village of about then 10,000 inhabitants, it was packed with young, cool, loud and snotty bands. And true, for some strange reason a lot of them had a kind of Ex-ish sound. The “Wormerwave” it was called, by some. Or “Wormerwelle”, as the punks in the nearby city of Alkmaar would say. (The scene around all-female band The Wanda’s, for example.) Meanwhile, The Ex was working towards the History album, and the idea occurred to put out a compilation album with all of these bands. Easy said easy done. Twelve bands, with members aging from 14 to 20 years old, saw the inside of a studio for the very first time, with all bands recording two tracks each with producer Dolf at the Koeienverhuur (well, that's what I thought, but maybe I'm mistaken and was it all recorded in the practice-space on 2-track by Wim and Terrie, and then later the end-mix and mastering was done by Dolf). With the Cow-Rental Studio working overtime, as all these recordings took place in two or three weeks time, we recorded our own two tracks in our practice-space in Zaandam. And so, in the end, the Oorwormer (“Earwigger”) album contained no less than 26 songs by 13 artists. It came with a stencilled A5-sized lyrics-booklet and was sold for 8 and a half Dutch guilders only, almost at cost-price as none of the bands wished to make a profit. As if there would be any, anyway, they all thought. However, released in the same month as the History album, all 1,500 copies (I think) were gone pretty fast, ending up all over the world. Putting Wormer on the map, so to speak ha ha. 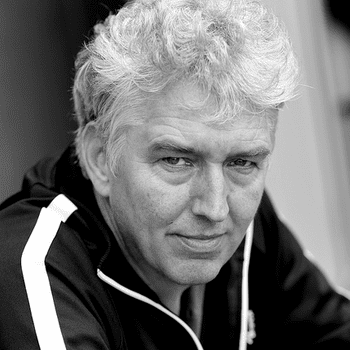 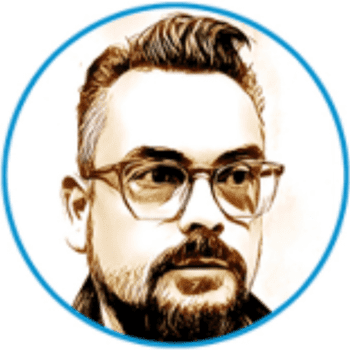 Anyway… as Wim had left the band in early 1982, we had to find a new drummer. Dolf said he knew someone, his girlfriend Sabien. She had never drummed before, but wanted to play music so yeah, why not try and play the drums. Good idea, right? Simply start from scratch. She taught herself some basic principles, drew drumpatterns on paper with different colours for snare, cymbal, tomtom, kick, whatever, and by doing that developed a style of her own. Punk as fuck, and yet she had never heard of Johnny Rotten. We took half a year to work on a totally new set, and then set off of for the first shows with Sabien during a short tour in Switzerland.
For October we had bigger plans. Now that we had a homebase in Villa Zuid, overlooking the ruins of the once oh so vital Van Gelder paper-factory, a new idea for a project grew upon us.
Not everyone in the village liked that we had squatted the Villa (where the factory’s manager used ot to live). But the ex-workers that we met, while they were fishing in the brook nearby, couldn’t care less. Well done, they said. For many years they had been toiling in the factory, which in its heydays gave work and wages to about a 1,000 workers and their families and which recently had gone bankrupt after a take-over by a North-American multinational corporation. The corporation decided on no more investments and, instead, switched from producing paper to processing asbestos. With this cancerous, fastbuck profit they sucked the factory dry and then told the workers to fuck off. Despite massive protests the closure could not be stopped.
We decided to tell this story in our own way. We went through newspaper files, business records, and interviews with ex-workers, and wrote eight lyrics that would captre the spirit of that history. The plan was to tell that story on not one elpee but instead four 7” records with black labels: eight songs, no titles. It meant you had to work gard for your money, so to speak, to hear the whole story, turning and changing the various 7”s every two, three minutes, without knowing which song would be next. The music would be our idea of improvised industrial punk noise.
Originally we wanted to record everything in the actual ruins, but due to safety-reasons we couldn’t get the go ahead. So instead with the use of so far unfamiliar instruments such as double bass, marimba and saxophone, we recorded all tracks at the Koeienverhuur, in about two days. Then the next day we sneaked into the the factory remains, armed with PA boxes, amplifiers, recording-desks and microphones, played everything through the big speakers and at the same recording that again, so that we could use that track to intensify the industrial sound of the songs.
While we started working on the artwork, the music got mastered and sent to England to get the matrices made. And then… nothing happened. We waited a couple of weeks, but no such luck. Attempts at information about the whereabouts were without result. Then three months, in January 1983, we finally got the news that they were found back laying idle in an English customs-depot. So instead of the scheduled December 1982 the release was no sooner than March 1983.
Dignity Of Labour (subtitled Sucked Out Chucked Out 1-8) came in a black & white cardboard box, together with the four 7”s, a 24-page booklet, and a double-sided A2-poster, one side showing the song-lyrics, the other side containing a photo of a jammed paper-machine, which we had found lying around in the factory. (Yeaeaears later the package was re-released, but to be honest, one single CD the size of a beermat doesn’t look as good as four fine slabs of vinyl.)